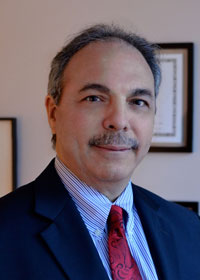 Joseph T. Pareres, the managing general partner and co-founder of the firm, graduated from Fordham University with a Bachelor of Science Degree in Economics in 1982, and thereafter graduated from Fordham University School of Law with a Juris Doctor Degree in 1987. Upon graduating law school, Mr. Pareres became a senior trial attorney from 1987 to 1992 at the law firm of Fisher, Fallon, Salerno, Betlesky & Kelly where he specialized in trying cases in medical malpractice, construction law, professional liability, premises liability, product liability, and general liability. In 1996, Mr. Pareres joined Group Council Mutual Insurance Company (a doctor owned medical malpractice insurance company), and assumed an internal position as Senior Vice President of Claims. In that role, Mr. Pareres was responsible for all aspects of more than 1,000 medical malpractice cases and was instrumental in establishing case reserves for indemnity and expenses, evaluating liability and the defensibility of all claims for settlement and trial purposes, evaluating law firms for future case assignments, participating in all company committees, and serving in an advisory capacity to the Board of Directors. Mr. Pareres is well known to the plaintiff and defense bars as well as the Judiciary in the City of New York and its surrounding counties, having personally handled, evaluated, negotiated or resolved thousands of cases over 25 years.

In 1998, Mr. Pareres rejoined the firm as a general partner and trial attorney which are roles he still has today. Mr. Pareres has the unique experience of being both a trial attorney and senior insurance executive, which gives him a broad perspective in the management and handling of cases involving many complex civil litigation issues. Mr. Pareres is currently General Counsel to the largest physician-owned medical group in the State of New York, and was instrumental in the formation of its Risk Retention Group which has developed into one of the largest and most successful Risk Retention Groups in the country. Mr. Pareres has been a guest lecturer on the formation of Risk Retention Groups at both ASHRM and PLUS.

Mr. Pareres has also been retained by the Underwriters of Lloyds to serve as monitoring counsel on complex insurance defense cases. He has served in an advisory capacity to the Underwriters with regard to primary and reinsurance matters and the interpretation of policy and contract language between various carriers in relation to the 9/11 World Trade Center litigation. Mr. Pareres was admitted to the Connecticut State Bar in 1987, the New York State Bar in 1988, and both the United States District Court for the Southern and Eastern Districts of New York in 1990, the Western District of Pennsylvania in 2009, and the United States Second Circuit Court of Appeals in 2012. He is presently a member of the Bronx County Bar Association and Defense Association of New York.

Mr. Pareres has a background in representing athletic organizations and he was the president of the Little League for 12 years as well as a two time academic All-American and was president of the largest Little League in Yonkers, New York. He has served in an advisory capacity to many youth organizations and has handled cases involving multiple variety of claims asserted against those organizations including employment discrimination, personal injury, sexual harassment and assault cases.